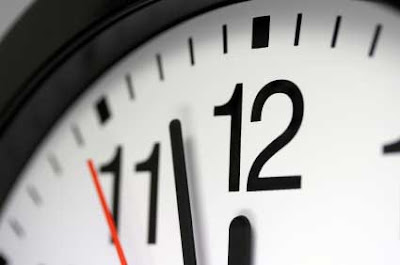 Vespers today mark the start of the Pars Verna, or Spring, volume of the Breviary proper Lenten Office. Anciently Lent began with the Office of the first Sunday with Ash Wednesday, and the following three days, added later. The Office on Ash Wednesday and the following days is really just that of Quinquagesima week, with the same hymns, with the addition of the ferial preces and folded chasubles at Mass etc.

Today, and for the rest of Lent with the exception of Sundays, Vespers are not sung at the usual time in the afternoon but are sung before lunch. A rubric in the Spring volume of the Breviary, before first Vespers of the first Sunday of Lent states:

An English translation of the above, from the Stanbrook Abbey English edition of The Roman Breviary:

This practice, much criticised by the reformers of the twentieth century Liturgical Movement, and indeed by some today - particularly one American blogger who despises our work - was popularly associated with the practice of fasting. However, a contrary view, and one I share, would be that the practice represents a symbolic inversion of time as a consequnce of the Fall, with the restoration of 'normality' with the victory of the LORD at Easter. The practice is not confined to the Roman (or other Western rites) as it is found in the East too. A Google search of the times for the Liturgy of the Pre-Sanctified Gifts will reveal many Orthodox Churches serving this Liturgy, with its integral Vespers, on Wednesday and Friday mornings. Certainly for this blogger and Ordo compiler the praxis is one of the most wonderful in the Liturgical Year and his Vespers today will end as the clock strikes noon.

At Vespers the antiphons Benedictus Dominus etc and psalms 143i, 143ii, 144i, 144ii and 114iii of Saturday are sung. The chapter Fratres: Hortamur vos, is proper and the Lenten hymn Audi, benigne Conditor is sung. The versicle and response, Angelis suis and Ut custodiant are used until Passiontide. After the collect of the Sunday a commemoration of St. Gregory the Great is sung. At Compline, sung at its usual time, the Dominical preces are omitted.
Posted by Rubricarius at 08:01

The only time where the Angelus is said standing at noon!!

Thank you for that - I should have added that point to the post.

Dear Rubricarius,
I agree: this is a wonderful practice and one I always look forward to, as well.

It occurs to me, thinking over this topic, that for the ancient Romans (with their day of twelve "hours" of about forty-five minutes around this time of year) evening would be reckoned as starting around 2 p.m. in our system.

Perhaps certain controversialists (to whom you alluded in this post, I think)overlook the fact that there was not necessarily so great a time differential in calculating the time of vespers, anciently anyway. Just a passing thought, though.

I think you mean 'ante' rather than 'and' in the Latin excerpt, however.

Yes, another historical factor to be considered. As we are really talking about whether an Office is before or after what we call lunch I find criticism of the praxis rather strange.

Thank you for this fine elucidation; much valued.