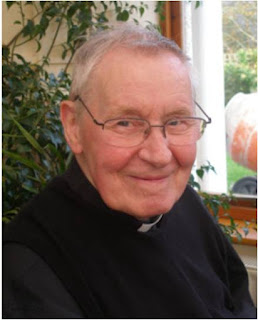 It was sad to note from the Archdiocese of Southwark website and GloriaTV that Fr. Peter Lessiter went to his eternal reward on Saturday, 8th September, the feast of the Nativity of the BVM.

Fr. Lessiter was ordained for Southwark in 1959. He left the parish to which he was assigned in the early 1970s and set up an independent mission celebrating Mass in various locations in England and Wales later based in Leicester, working loosely with other traditional clergy who were then around in similar cirumstances. He was an approachable, kind and affable man with an absolute zeal for the cure of souls.

This writer knows personally of three occasions on which Fr. Lessiter drove from Leicester to London and back in the middle of the night to anoint those who were in danger of death from traffic accidents and serious illness when London-based clergy would not do so for whatever reason. Occasional visitors, including this writer, to his Leicester Mass centre in the late ‘80s and ‘90s would always be given a warm welcome.


Requiescat in pace.
Photograph: GloriaTV (I am uncertain of the ownership - no infringement of copyright is intended)
Posted by Rubricarius at 15:59

Email ThisBlogThis!Share to TwitterShare to FacebookShare to Pinterest
Labels: RIP

Yes, good,kind,understanding,full of pastoral zeal and sensible; a model of the "average" pre-Vatican II English priest.R.I.P.

May he Rest In Peace.