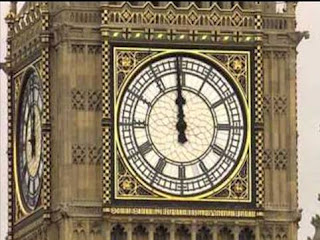 It is not unknown that one of my own favourite customs is the praxis of having Vespers before lunch in Lent. The practice is so counter-cultural to the modern world that it instantly appealed to me when I first found out about it nearly thirty years ago. Today, and for the rest of Lent with the exception of Sundays, Vespers are not sung at the usual time in the late afternoon but are sung before lunch. The Office of this Vespers marks the ancient beginning of Lent in the Roman liturgy and also the beginning of the Pars Verna, or Spring volume, of the Breviarium Romanum. The Office for Ash Wednesday and the following days consist of the Office of Quinquagesima week with additional Lenten features, notably the ferial preces at the Hours and the use of folded chasubles at Mass.

Vespers have the antiphons, Benedictus Dominus, etc and psalms of Saturday from the Psalter. The chapter, Fratres: Hortamur vos, is proper to the Sunday and the Office hymn is Audi benigne Conditor. After the collect of the Sunday commemorations are sung of the preceding Office of St. John of God and of St. Frances of Rome. Thhe Suffrage of the Saints is omitted due to the double feasts. The Marian antiphon after Vespers, Ave Regina caelorum, is said standing as is the noon Angelus. At Compline, sung at the normal time the Dominical preces are omitted due to the double feasts commemorated at Vespers.

In the 'liturgical books of 1962' so much has been cut out of the Office that the Breviary only has two volumes for the entire year, 'Pars Prior' and 'Pars Altera'. Vespers are sung at the same time as any other day in the year. There are no commemorations or Suffrage.
Posted by Rubricarius at 10:01

I have looked again at the rubric regarding Vespers 'ante comestionem'. What would have been regarded as the earliest decent time for this? With for the continuing help given by the Ordo and both blogs.

I pray Vespers around 8AM during Lent. It sounds absurd, but I enjoy the inversion and the difficulty of praying it, along with the morning Office, in concatenation.

One hates to be flippant, but you can tell how traditional and sound this particular point of praxis is by the reaction of certain parties (who normally would agree on little else!) to it.

In practice Vespers would follow Mass (indeed compare the Oratio super populum with the oration at Vespers). In some uses the Mass rite was fused with Vespers (c.f. Holy Saturday in the Roman rite). In private recitation remember that Mattins were anticipated mid-afternoon. So the real difference, in private recitation, between Lent and other times of the year was probably a couple of hours, no more and certainly no big deal.

Quite, just like Holy Saturday, it really upsets a certain type.

The only mass available to me is at noon (just on my way now). I find it convenient to pray vespers immediately after mass in Church and then go for lunch. And since Mass is so late in the day, this is the breaking of my fast. Lucky old Rad Trad to be able to eat after 8a.m.!

Thank you. Also to fellow contributors. A venerable practice loathed by those obsessed with so-called "veritas horarum". I would find no favour in those circles as I now recite Vespers at the traditional time for Lent before noon ,whilst through the year I anticipate Mattins and Lauds. Prime, Terce, Sext and None are said in aggregation before beginning the tasks of the day.

When (solemn) Vespers follows Mass immediately on such days (for example on a Saturday if one wished to solemnize the I Vespers of Sunday), may the celebrant stay in the sanctuary and then just put on a cope over his lab and stole, or must he return to the sacristy first and vest simply in surplice and cope as on other occasions?

Rubricarius, Hope you are well. Still have fond memories of our meeting and dinners in London several years ago.

1. What are sufferages? Versicle and Response prayers toward the end of the office?

Very well, thank you. Yes, that was a jolly evening meeting the man who had MC'd a Cardinal in Jerusalem for the old Triduum at the Holy Sepulchre.

1) In the post-1911 Office there are two Suffrages left. The Suffrage of the Saints and the Paschal Suffrage/Commemoration of the Cross. Both consist of an antiphon, versicle and response followed by a collect. The first is sung on days of semi-double rite and lower outside of Octaves, Passiontide, Paschaltide and Advent. The Paschal Suffrage is sung on similar ranking days within Paschaltide.

2) The differentiation between Vespers in Lent and outside of it changed from Lent 1961 but for Holy Saturday applied from 1956 everywhere and locally from 1951 when the new rite was introduced as an option and a new Vespers created.

Thank you for your kind response.

By the way, I hear that the priest to whom you refer is now in the Ordinariate!

So does "veritas horarum" have any legitimate meaning?

Doesn't this practice form part of the wimpy trend that has lead to merely two (2!) obligatory fast days? That trend didn't start at Vatican II.

I am unsure of your point. Fasting rules were relaxed progressively through the twentieth century being reduced to just Ash Wednesday and Good Friday during WW2 for some countries. Many Eastern Christians currently follow far stricter fasting regimes than the current Roman rite and celebrate Vespers in the morning during Lent.