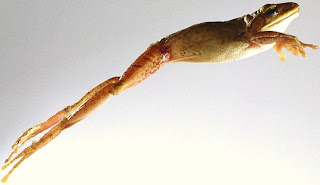 This fourth week of September sees some interesting 'leap-frogging' of Mattins lessons with both resuming and anticipating of scripture taking place.

Wednesday is the feast of Our Lady of Ransom and the delightful Ego sapientia from Proverbs is read from the Common of the BVM. (As on all feasts of the Blessed Virgin the Office hymns of Iambic metre follow a proper tone and end with the Doxology Jesu, tibi sit gloria etc. )

A rubric in the Breviary before Thursday’s lessons informs us that if this day falls after the 24th, and so this is the last week of the month, then the lessons from the fifth Sunday, the beginning of the Book of Esther, with their responsories are anticipated.

So on Thursday in the nocturn the lessons In diebus Assueri etc are read with their responsories. On Thursday too the Mass of the preceding Sunday, Pentecost XIX, is resumed. The Mass is sung in green vestments without Gloria, the second collect is A cunctis, the third at the choosing of the celebrant or Dean and Benedicamus Domino is sung as the dismissal.

On Friday in the nocturn the first two lessons from Esther of the following Friday of the fifth week, Noctem illam duxit and Cumque esset ingressus are read with their responsories. The third lesson is proper to the feast of SS Cyprian and Justina.

Finally, on Saturday, in the first nocturn of the feast of SS Cosmas and Damian, the lessons from the following Saturday of the fifth week, Intravit itaque rex, with their responsories are read. By anticipation the Book of Esther is thus read and on the following Sunday begins the First Book of Machabees.

In the 1962 books the lessons at Mattins are completely different for every day of the week (as they have been for most days of September) and there is neither resumption nor is there anticipation. The only day this week when they potentially could have been the same, the feast of Our Lady of Ransom, has been stripped down to a mere commemoration at Lauds and read Mass in the putative, and somewhat late, “Ember Day” and so doesn't have any lessons itself at all. Likewise nothing from the Book of Esther will be read this year in the 1962 Breviary. The lesson (pun intended) is surely to leap away from the liturgical heteropraxis and novelty of interim rites barely used for three years to the safe ground of Tradition.
Posted by Rubricarius at 11:23